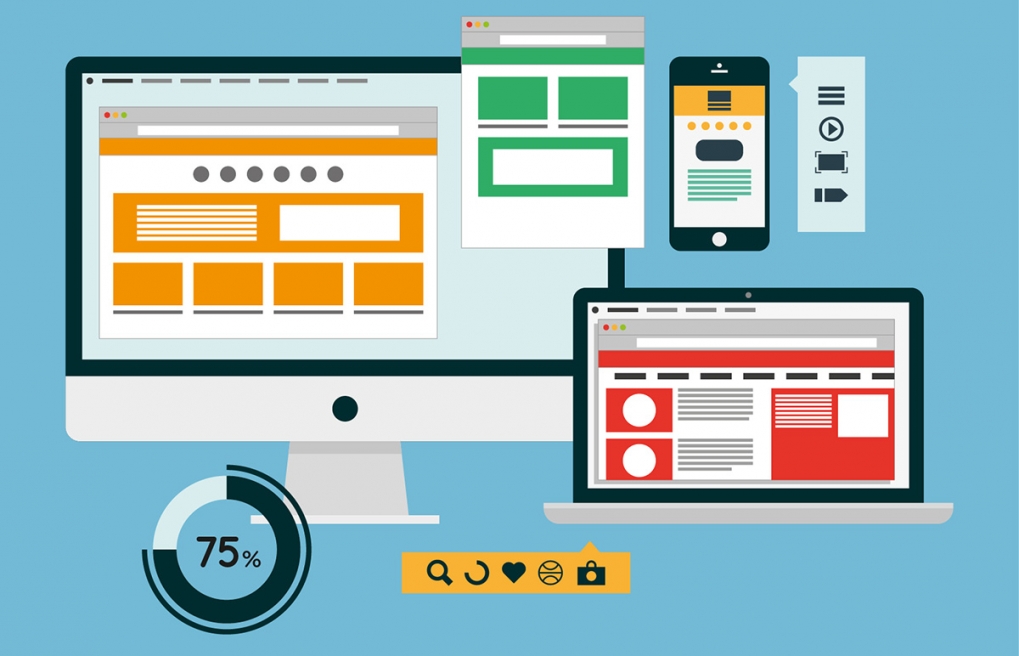 Look and concept of good web page by Vladimir Despic

It all started with google... or not. What is new that google brought? What was internet like before google? The most popular search engines before Google were the Alta Vista and Yahoo. Yahoo still exists, alta vista too, but is rarely used. At the end of the nineties was used alta vista and as e-mail account mainly yahoo. Google has brought a large number of users in the creation of the Internet. Google in fact did not evolve in the garage as there is a story for Microsoft. The two partners had gugl project as a doctoral thesis in which they developed a very serious algorithm for searching the Internet.

The basic logic of Google was that the best sites were those which have the most visits. This is one of the chatacteristics of Google's algorithm.

Another important characteristic is that the best sites are those linked to the most places at various sites on the Internet.

The third characteristic of Google's algorithm was that the best sites are those that are linked to relevant sites in that area on the Internet.

That is how google overnight included users in the creation of the Internet, and that was the founding of concept v2.0. This concept have the possibility that the users create their own web content on the Internet. The best example for this is youtube, facebook, wikipedia, wikileeks etc.

These principles enabled the possibility to be created the third most visited site in the world at that time and that doing so was not invested a single dollar, that website is Myspace. It's place was later overtaken by facebook, and myspace is now rarely used. The point is that every successful online performance depends on the knowledge of best practices of Internet application in business. The main motive for performances on the Internet is to improve your business and to increase your profit. It is not easy to succeed on the Internet, you need a lot of experience to decide which is the best tactic you need to apply when you have a product or service that you want to present on the Internet or get the whole business on the Internet. There are of course the success that happened overnight, for example onemilliondolars home page. Apart from good PR stories behind the success stood internet who was the driver of success. From the first salary founders of the portal contacted the marketing agency which liked the story, in fact, they were selling pixels on a web site on which can be set up advertisements. After a couple of months last hundred pixels were sold on the auction on e-bay for about $ 100,000. The founder became a millionaire. The point of the story is that very quickly apeared twomilliondolars sites home page and three and so on but they did not earn anything. You should be the first with an idea if you want success.

In order to make internet marketing closer to our environment we need to consider several point of views:

A classic manager will tell you that he needs website because a neighbor has a website, or some business partners will say that they have a website, and now he wants. They then realize that this could improve their job in a way that will bring them extra nights, if we take for an example hotel or hostel managers.

On the other hand when you say to the advertizers to make a, they are interested in how to acquire images and texts and then eventually they give instructions to subordinates on how to do so. Very often they try to place their brochure on the internet, which is very bad. Brochures, videos, posters, flyers have no interactivity with user which Internet does have. Advertizers then order a plan of activities and promotions because it is necessary to determine a budget for the creation of the web site. The great advantage of the Internet in this regard is that you can track every dollar that is invested or earned. Then the ability to track each individual visitor to your site and you see his interests on every single page of the site, at which time happens purchases and based on that they setup the site sales.

Developers require that from client and designer get all that they need to build a website, to add different and unnecessary features that raise the price of the transaction, and ultimately to create a web site having in mind applied technologies in terms of their visibility and usability on searchers.

Designers want from client to get colors, images, text and possibly sites that clients like and then thet create a site that they will like. They usually add some unnecessary details in order to reinforce the effect or impression, then take into account the needs of site visitors and customers. Sites that look nice usually have problems with usability.

People who are engaged in selling activity designing a site that has the functionality in accordance with the sales strategy, imagine on how to increase visibility during the creation of the site content and plan ways of promoting the site and prior to its commissioning.

Entrepreneurs. The quality of the internet project is depending on the knowledge about the functioning of the Internet and knowledge of the classical business. If initially are invested greater resources and engaged quality personnel, project quality will be better. A large number of programmers and designers enters the entrepreneurial story but only a number of them make a quality project.

Lay people do not have enough knowledge to effectively promote this does not mean that they do not try. The best scenario is when a layman become a good entrepreneur.

Internet marketing combines creative and technical characteristics of the Internet, including design and development, advertising and sales. Sell, although the last is the most important discipline to overcome. Internet marketing is not only online advertising, does not only involve placing banners, spamming, posting links to some forums or just creating a website, but a bit of all.